If It's Wednesday It Must Be Snowing 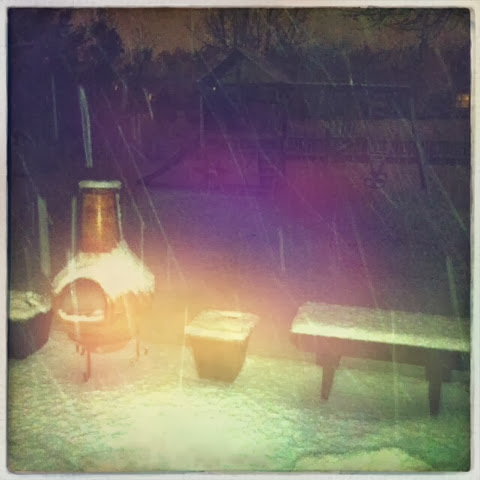 Posted by Banished To A Pompous Land at 6:29 PM No comments:

Banished's Birds (Of The Backyard)

Laptop issues are still delaying my posting and so all that snow that fell last week has melted before I get to post pictures. But there were a few pictures of backyard birds that came out well enough to make worthwhile. The wasteage rate was awfully high though. I'm thinking the camera and lenses are going to need a very serious clean-up before bug season comes around. 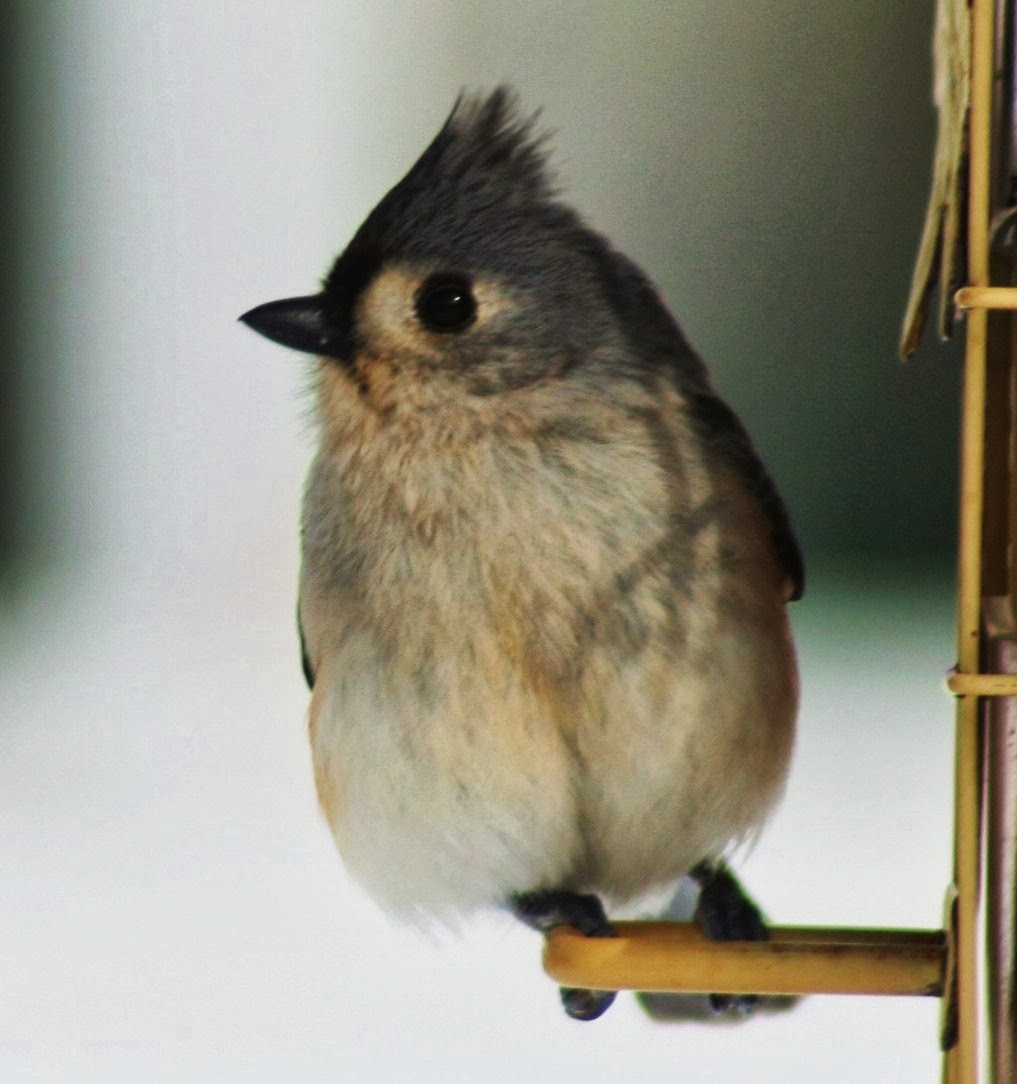 Above is the Tufted Titmouse (Baeolophus bicolor) 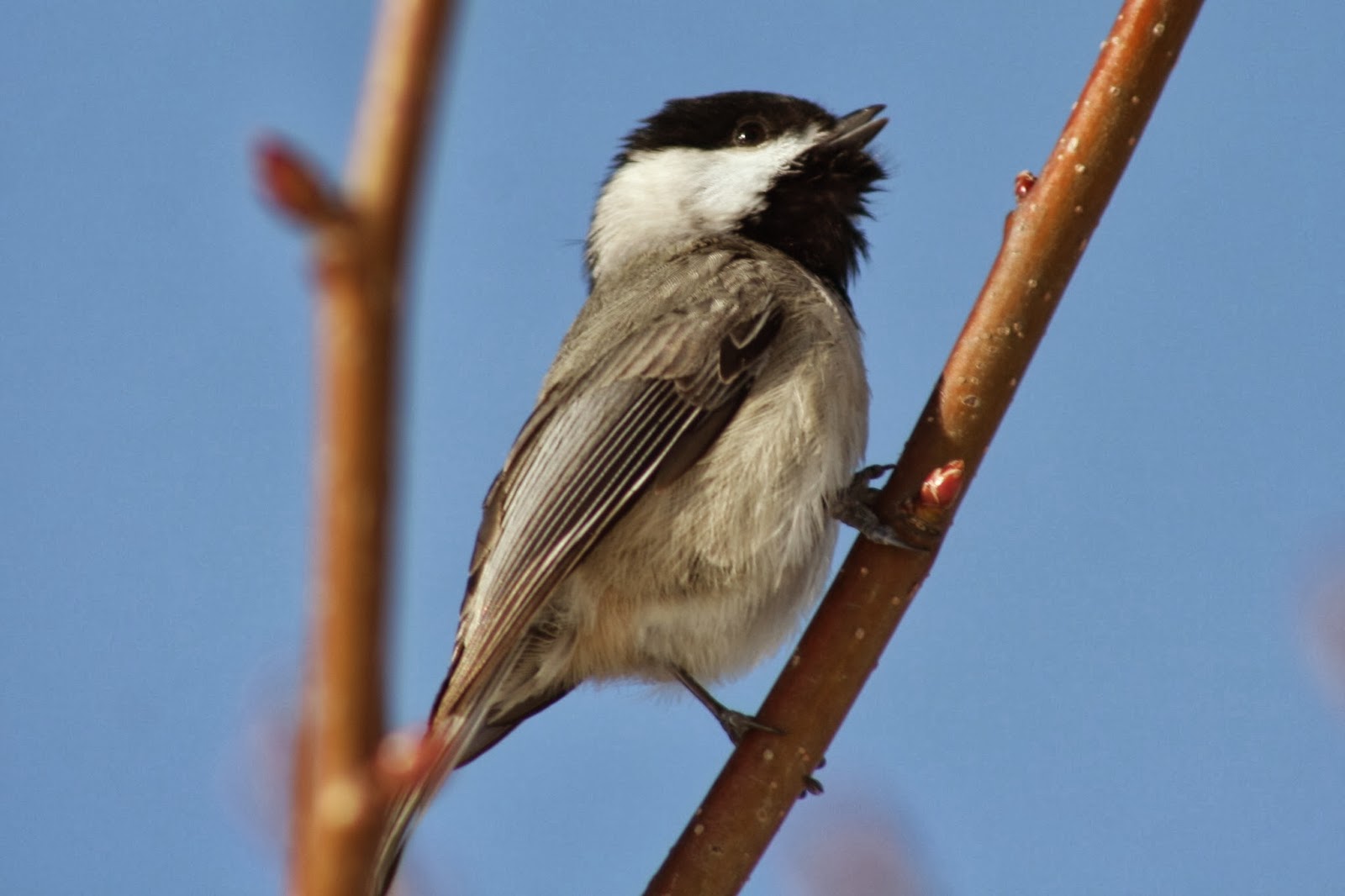 Then the Carolina Chickadee (Poecile carolinensis). These last two filling the niches (and the photofits) of the the Crested Tit and the Great Tit while not being especially closely related.

The same could be said for the Blue Jay (Cyanocitta cristata) though its not so richly coloured as the European version, in my humble opinion. 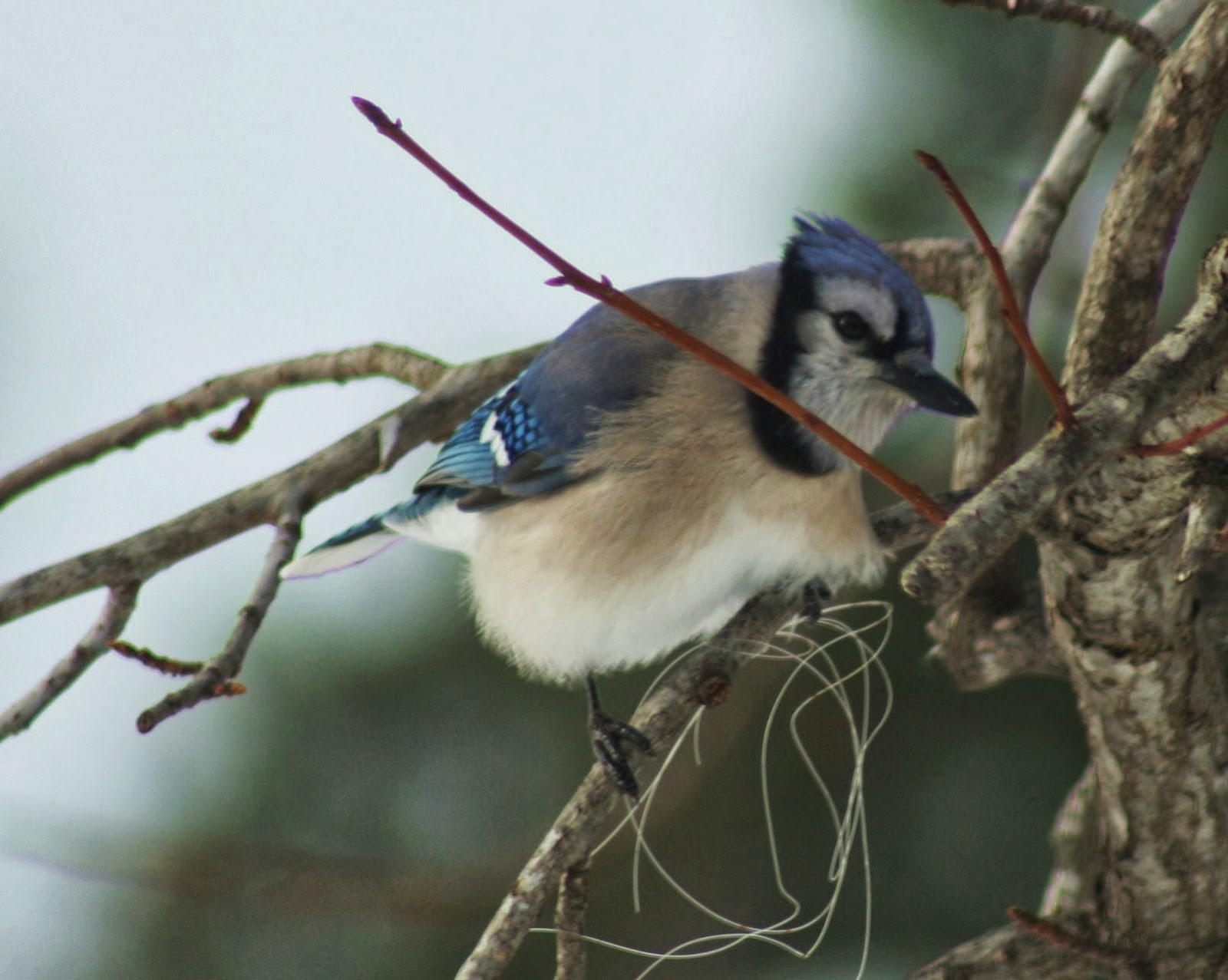 With 6 plus inches of snow on the ground the feeders were busy. In this shot featured (left to right) 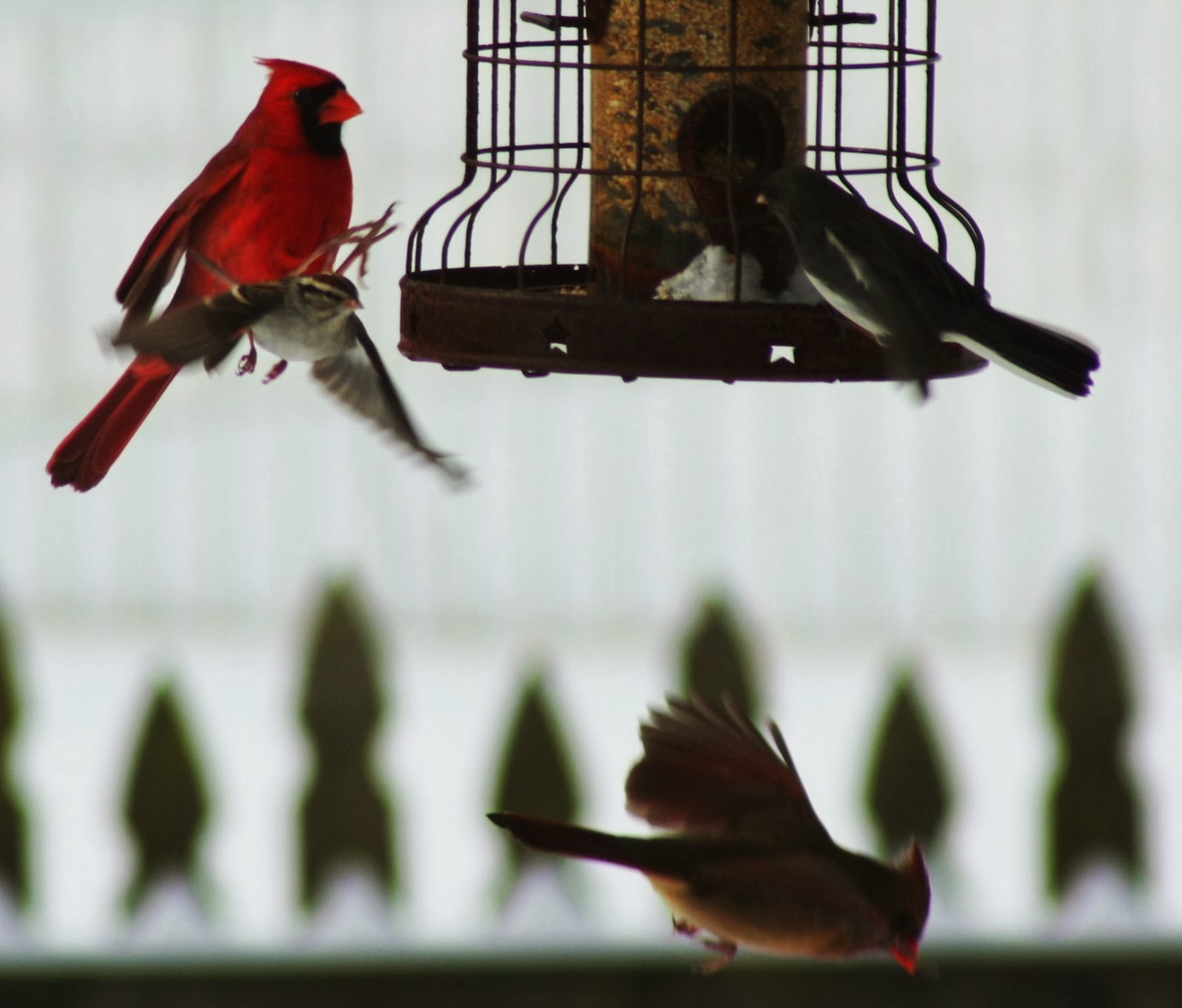 Northern Cardinal (male), Chipping Sparrow, Dark-Eyed Junco (Junco hyemalis) and disappearing out of frame at the bottom the female Cardinal. 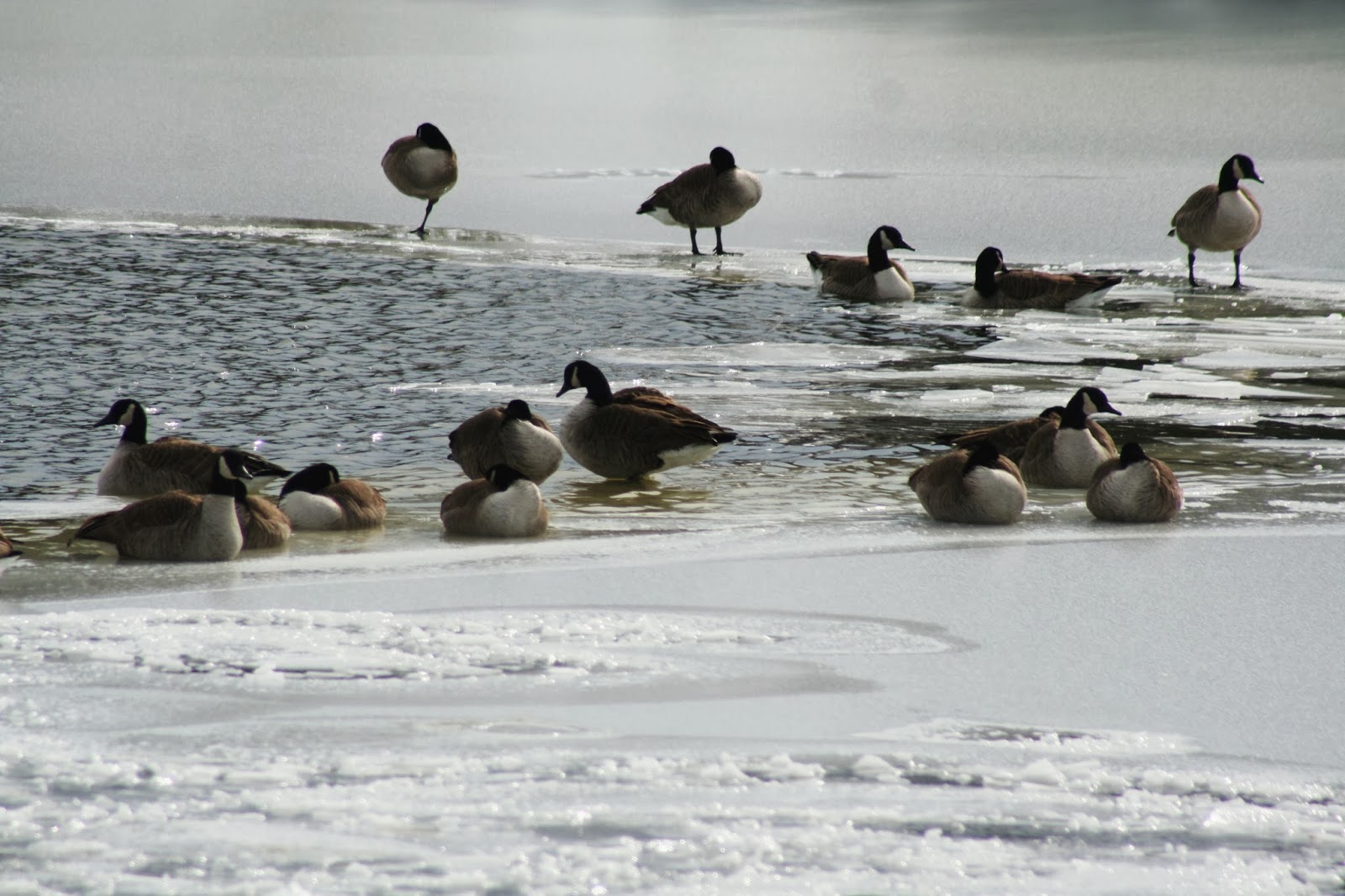 The ice pushes the ducks too into the middle of the pond and out of reasonable range for my long lens so the Hooded Mergansers, Buffleheads and American Widgeon escaped me yet again.

But, as the sun went down... Well didn't it go down with a vengeance?

Posted by Banished To A Pompous Land at 11:10 PM 3 comments: