Just a few recent bird shots from last weeked and this. I'm afraid birds rarely seem to be very cooperative if not actually bloody mindedly difficult. 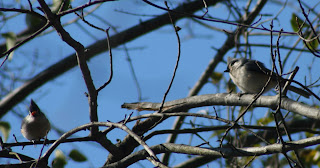 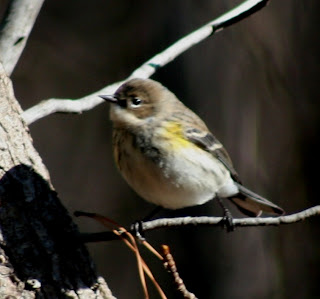 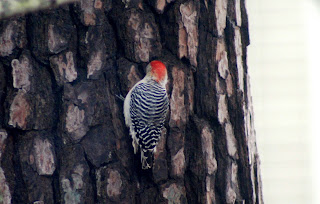 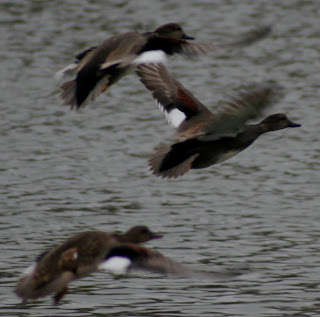 Wish I knew... they were flying away.
Posted by Banished To A Pompous Land at 12:08 AM No comments:

Tango in the Traffic

Here for no other good reason than that it popped up on my i-Pod in the car this morning are 2 tango kings, of bandoneon Astor Piazzolla and voice Roberto Goyeneche. 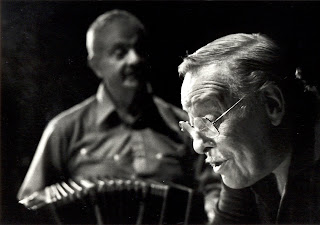 Recorded fairly late in both careers, Goyeneche's voice is the very definition of lived-in.
Tom Waits can only ever aspire.
Vuelvo al Sur

I return to the South
like one always returns to the love,
I return to you ,
with my longing, with my anxiety.

I dream of the South,
a huge moon, the sky reversed,
I am looking for the South
the open time, and its thereafter.

I love the South,
its good people, its dignity,
I feel the South,
like I feel your body in intimacy.

I love you South,
South, I love you.

I return to the South
like one always returns to the love,
I return to you
with my longing, my anxiety.

Over at The Dabbler the other day Malty gave us an eclectic musical tour of Germany . But he missed my own favourite German voice and so gave me a splendid excuse to post some myself.
In the 70's Dagmar Krause was singer first with Slapp Happy and then with my favourite prog rock band of all time Henry Cow.
But I want to concentrate on her other side as a wonderful interpreter of the songs of Bertolt Brecht, Kurt Weill and Hans Eisler. Forget the wholly over-rated Ute Lemper, Dagmar is the finest since Lotte Lenya herself. Lemper seems merely a singer. With Dagmar, its from the heart.
Brecht/Weill's  Surabaya Johnny
Hans Eisler's Song of a German Mother. I was lucky enough to see her around this time in Manchester when she had the 'Tank Battles' album of Eisler songs released.
And finally, in the original german, but without video I'm afraid, Brecht and Eisler's Song Von Der Ware (Supply and Demand)
For any German readers I'm sorry about the post title. My German regarding anything but textile terms is pitiable (thats likely pretty awful too these days) and so I relied on BabelFish for my translation.
Posted by Banished To A Pompous Land at 2:44 PM No comments:

The weather and the wildlife seem rather unremarkable right now.
This time last year we had a couple of days of snow which made for some pretty decent photo ops. 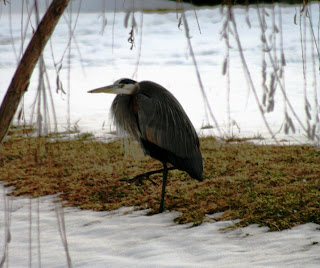 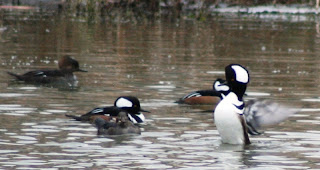 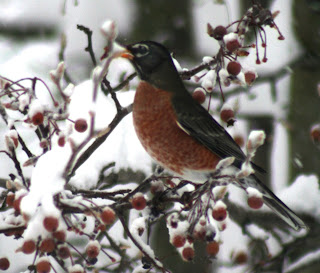 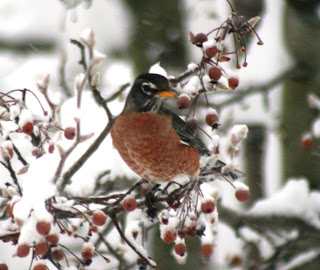 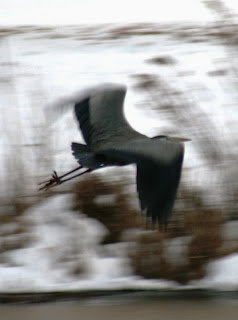 That Heron again.
I could really use some of those photo ops again right now. I'm bored.
Posted by Banished To A Pompous Land at 10:10 PM No comments: