Long Ago and Far Away

Beloved Mrs.B bought me a 'walkman-style' doohickey for Valentines day that lets you play your dusty old cassette tapes and turn them into MP3s that you can actually use. I'd spotted it myself and was going to float the idea come B'day time. But she beat me to it and here it is.
So the first thing I did was turn my two Dagmar Krause Brecht/Weill/Eisler tapes into stuff I can put onto my i-Pod.
But the second thing I've done is start to turn the dog-earred cardboard box of performance tapes into something more too. 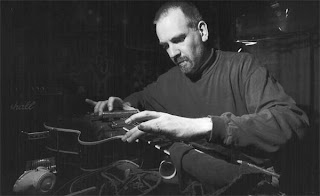 Like it says in the title, long ago and far away, there were 4 odd chaps who liked to make very strange noises with a variety of instruments and junk. Don't let any of the others tell you they aren't odd. I'm actually the most normal... BWHAHAHAHAHA
We were called Certain Ants.
Anyway, I've made a start and I'm testing Soundcloud as a place to share them. This one,
Ran at Inset C
is a duo of myself and Dr John MacMillan. John is the very hairy chap behind me. 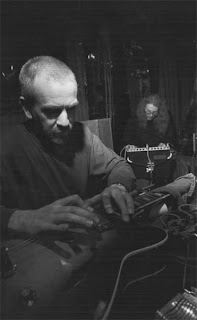